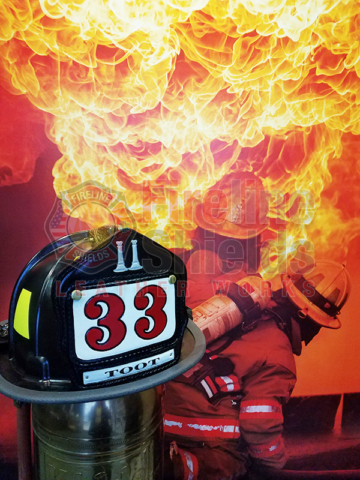 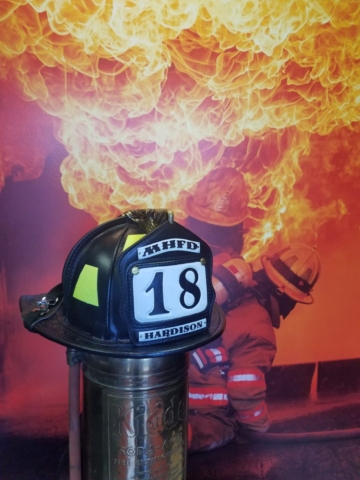 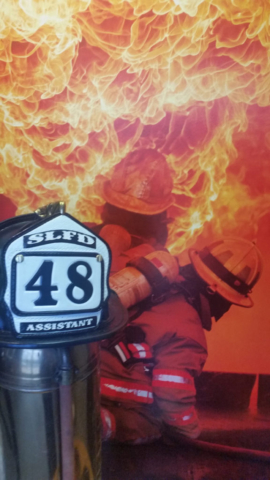 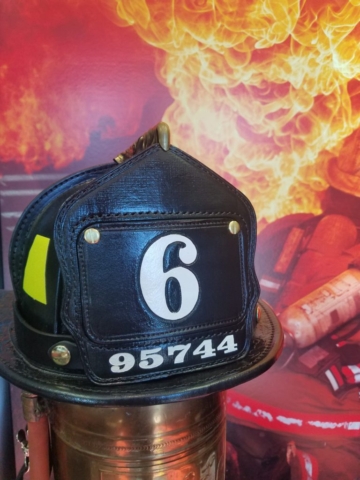 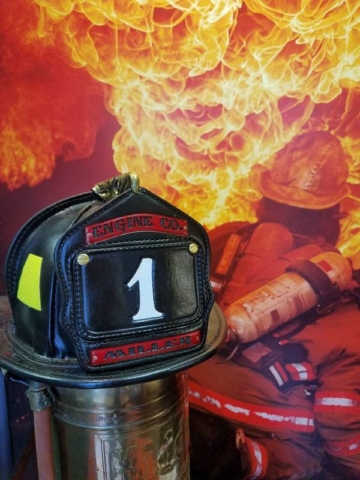 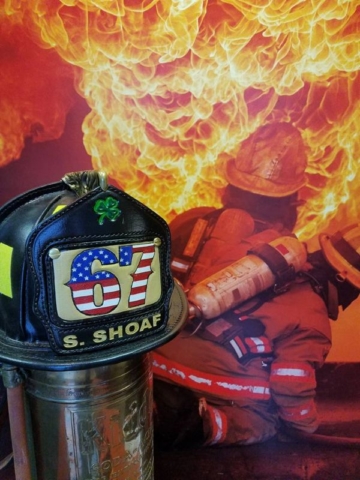 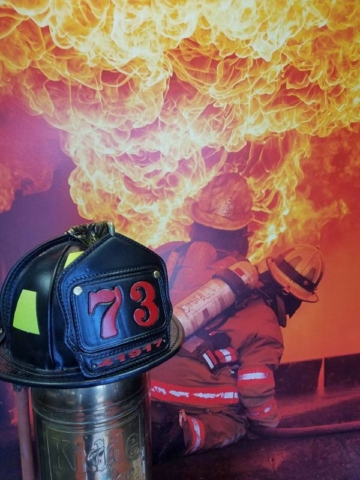 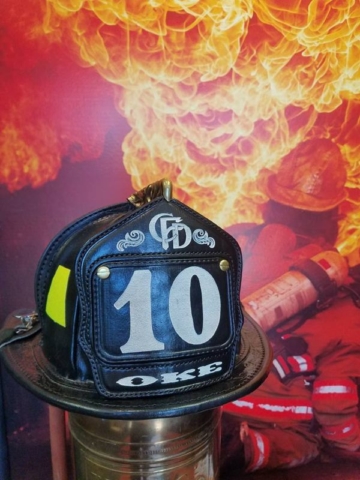 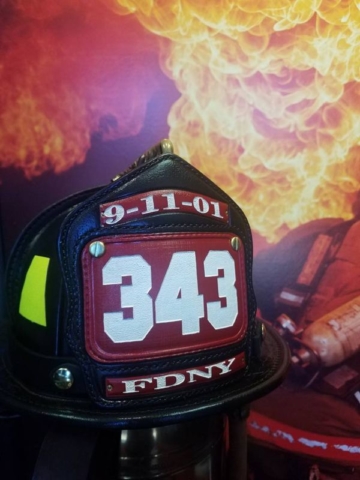 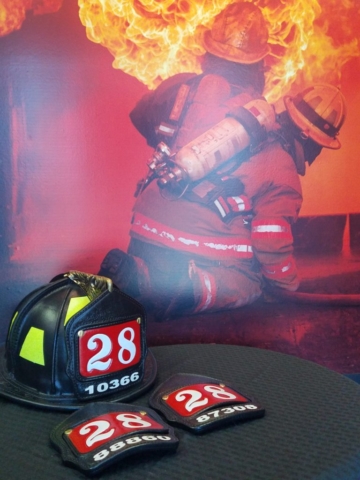 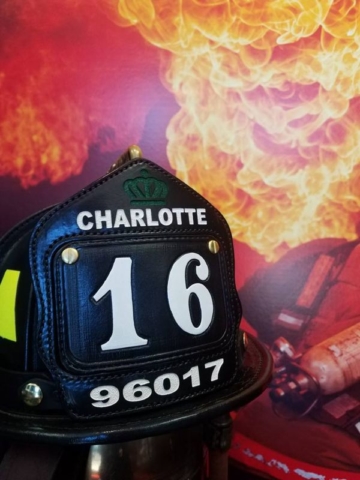 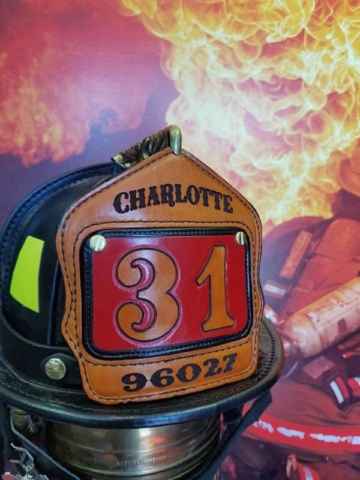 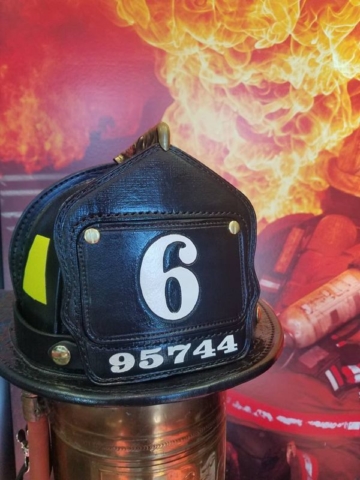 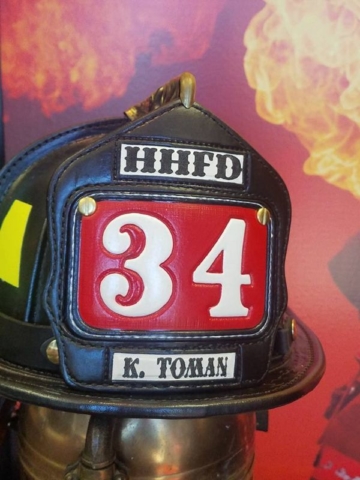 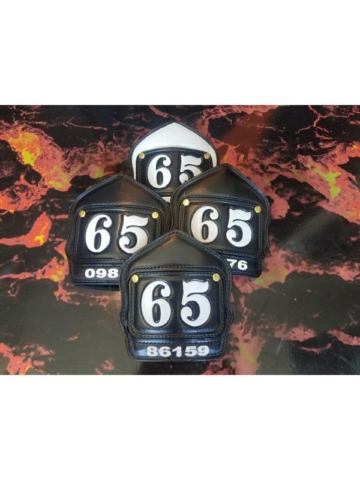 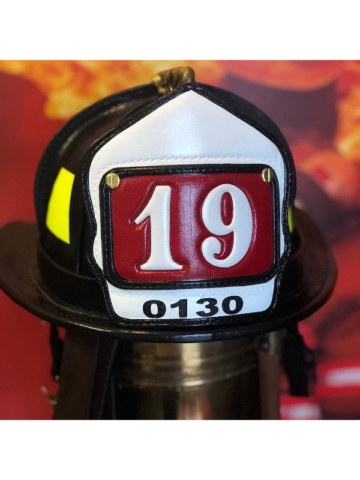 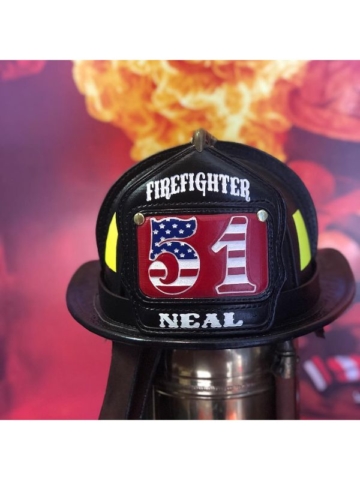 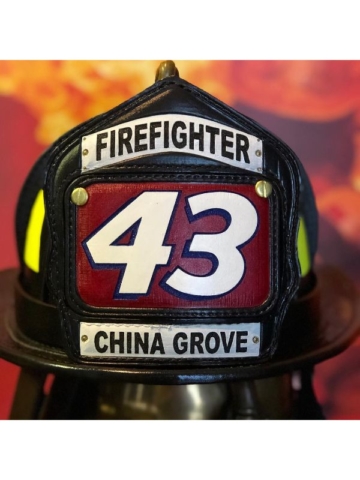 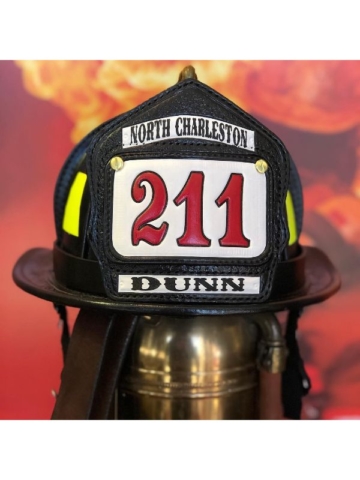 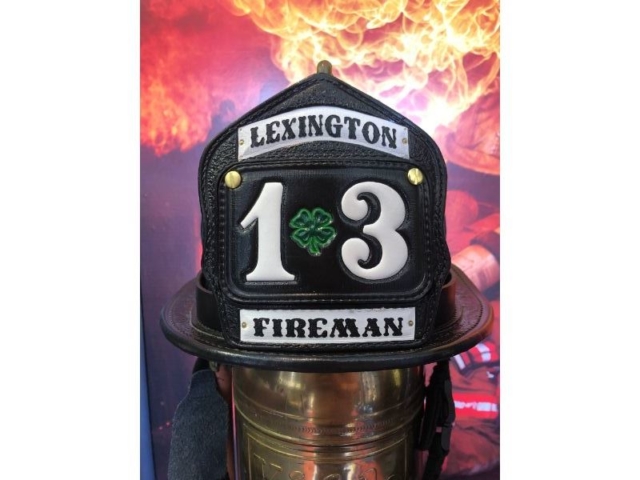 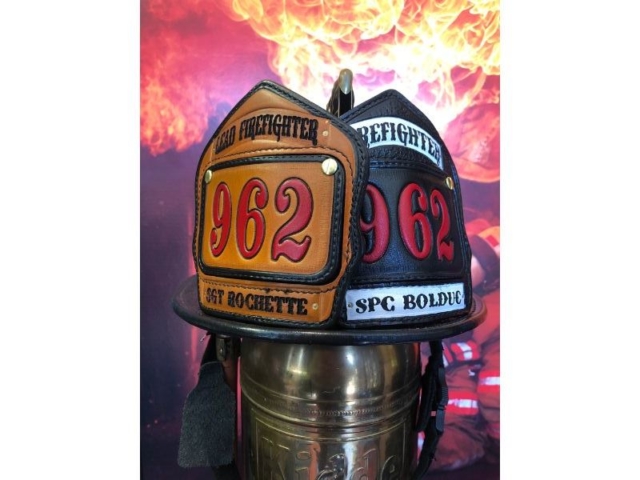 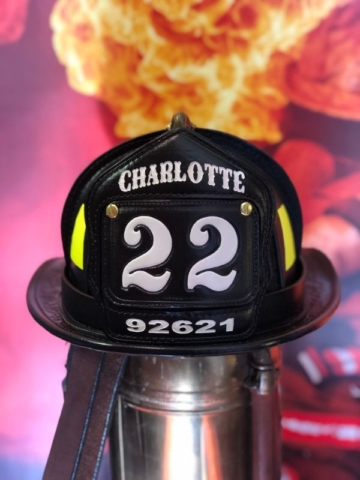 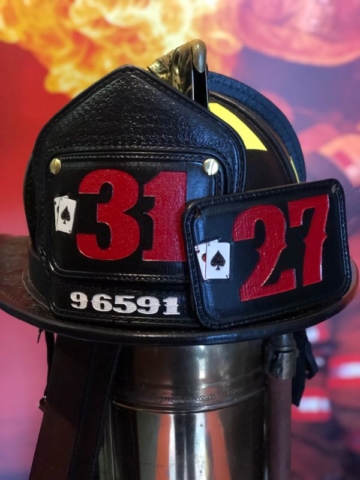 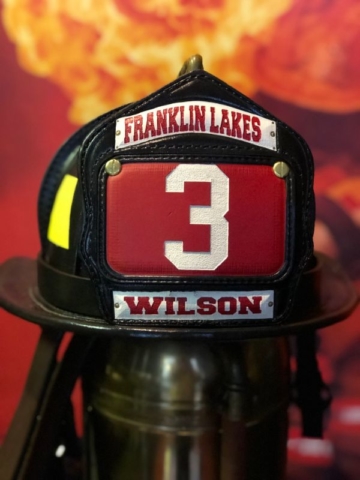 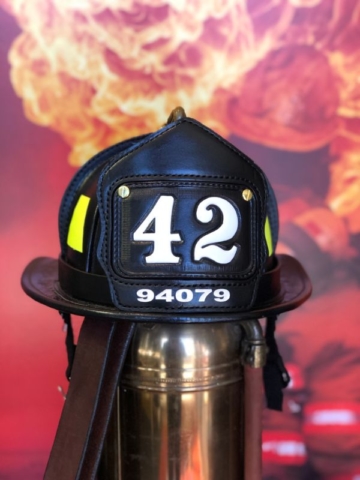 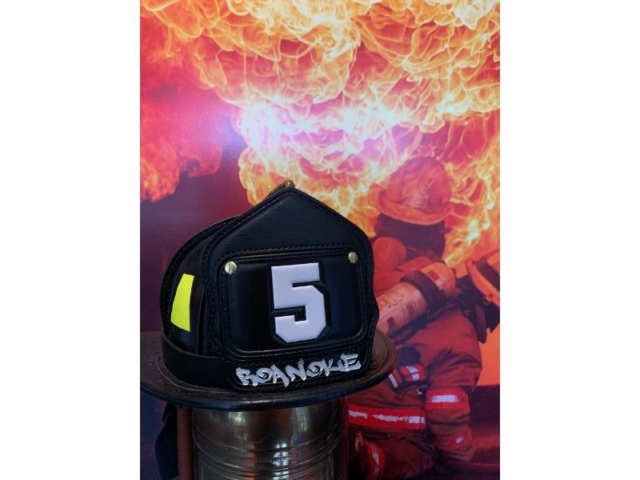 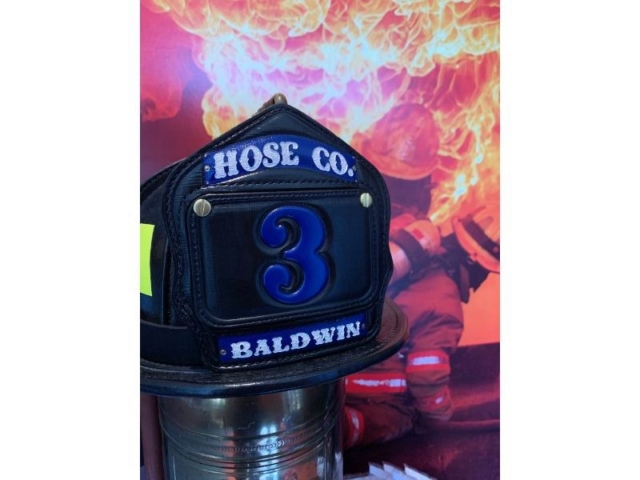 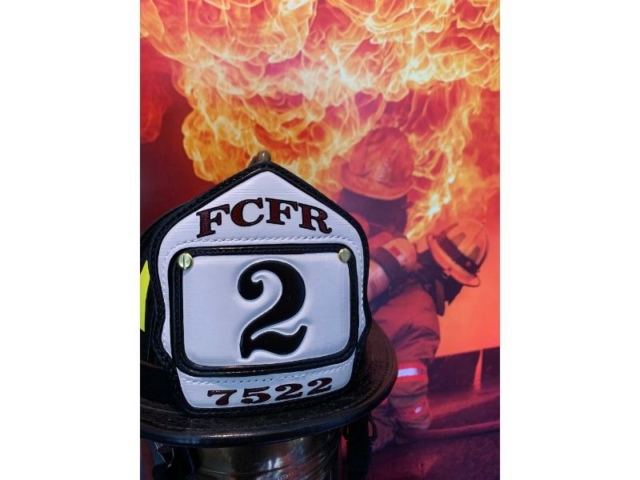 The Cairns brothers came up with the idea of identification badges on the front of the helmets.  These traditionally came in the shape of a guitar pick, wide near the brim of the helmet and ending at a point with a brass eagle extending from the top of the helmet forward, holding the shield in place.  The brass eagle joined the ensemble of the helmet after an unknown sculptor created a figure on a volunteer firefighter’s grave at the Trinity Churchyard in Manhattan, New York. This figure showed a person emerging from the flames, one hand holding a trumpet and the other holding a sleeping child, and an eagle on his helmet. Because of this, despite new studies of how the brass eagle hinders firefighters by entanglement and how the eagle gets knocked off or dented, firefighters continue to wear the eagle on their helmets. The colors of the firefighters’ helmets also serve traditional value. Traditionally, the color of the helmet was used to highlight officers. Chiefs would wear a completely white helmet.  Captains and lieutenants wore helmets with a white front, and a black or red in the back. Firefighters with black helmets were part of engine companies, and red helmets were part of ladder companies. Later, when rescue companies became, they wore blue helmets. Not long after firefighters started wearing shields on their helmets, pictures on the shields along with the department name began appearing. This was to farther articulate rank. The bugle became the universal sign of an officer of an engine company, and pick-head axes became the sign of an officer of a ladder company. Firefighters wore the fire department scramble, which consisted of a picture of a helmet, ladder, pike pole, and an axe in a circle hanging from a pole with a fork. Today, many firefighters wear yellow helmets to aid in visibility. Not much has changed to the helmet appearance itself. The only changes consist of the fact that visors or eye shields have been added as well as earflaps and cloth mechanisms keep the inside of the helmet from resting on top of the firefighter’s head. Most of the helmets aren’t as tall as they were, but the design is the same.